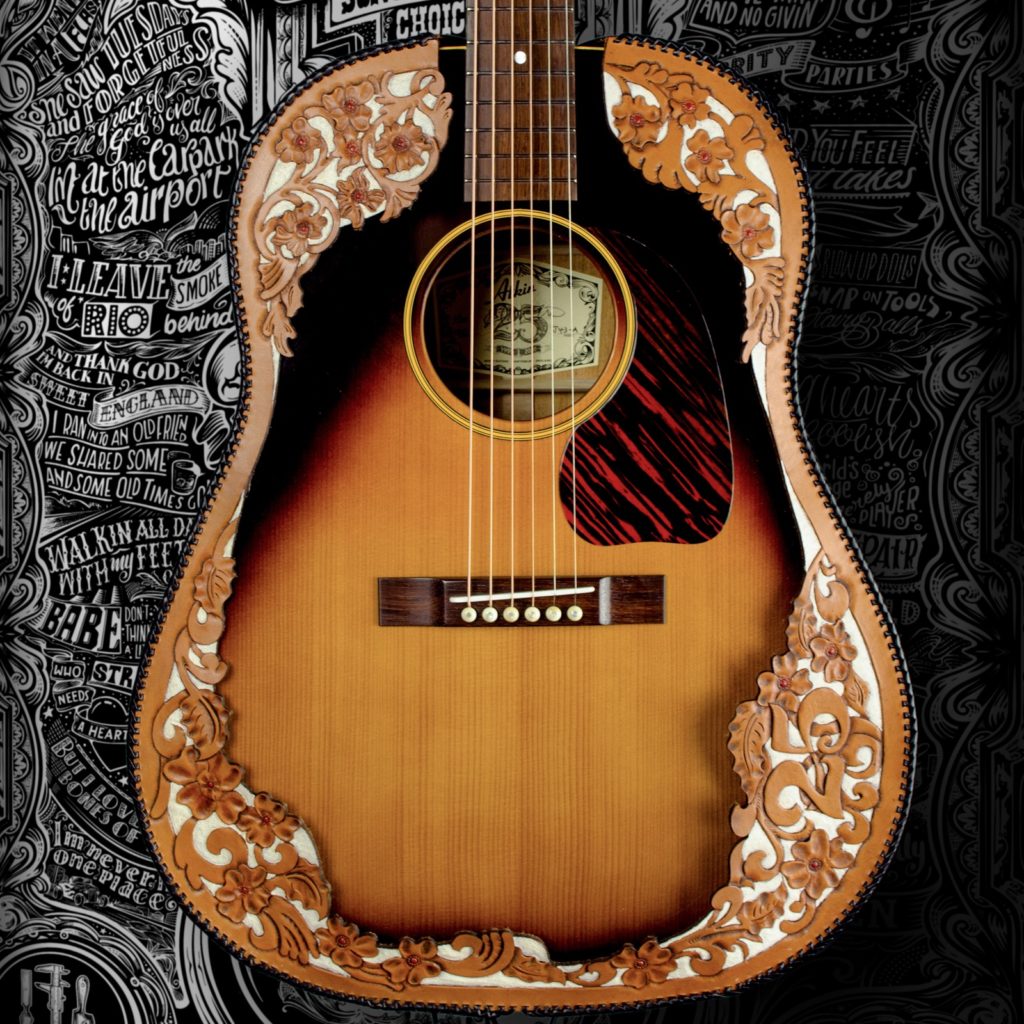 2020 is the year of our 25th Anniversary, and to mark this occasion we have produced a limited run of anniversary guitars.

From a solo endeavour in 1995 to a team of highly skilled luthiers in 2020, Atkin Guitars has always been about building guitars that inspire the great songwriters of our time. Our business has grown over those years and now our guitars are available in an ever-growing number of outlets across the world.

The anniversary guitar is based on our most popular model, The Forty Three. The guitar itself is understated and has been carefully designed to focus on the quality of tone and playability, because that’s what these guitars are all about. We’ve carefully selected Baked AAA Adirondack tops, Cuban Mahogany for the backs and sides, and Madagascan Rosewood for each fretboard and bridge in order to honour the best version of The Forty Three possible. A custom “25th Anniversary” decal and super thin aged nitro finish complete a guitar that draws on all of our experiences over the last 25 years and pays tribute to the songwriters that have been inspired by its kin.

We’ve added to all this with a beautiful handmade “25th Anniversary” leather cover from our good friend Pete Allen, who has worked with us on the Buddy Holly Foundation guitars for many years. This cover is removable at any time so you can style the guitar to suit your mood.

Alister has previously worked with artist Vic Lee and was keen to have him design something special for the anniversary guitar. Together they decided upon 25 lyrics from artists that use Atkin guitars, and these were incorporated into an Anniversary poster which Vic has screen printed in a limited run and one of these will be included with each guitar. 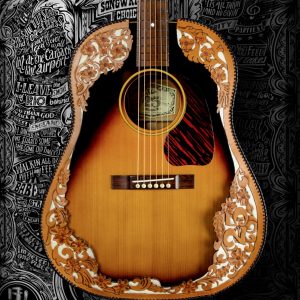 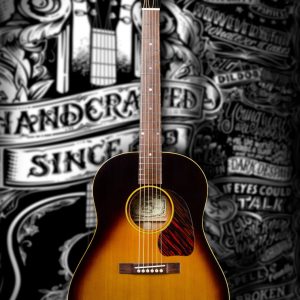 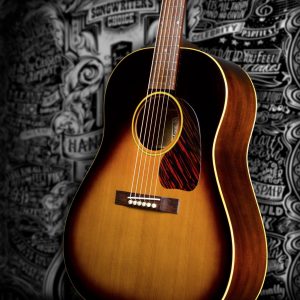 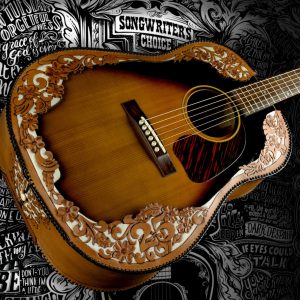 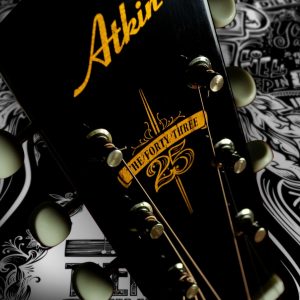 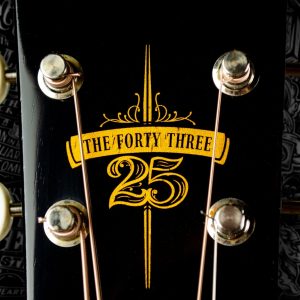 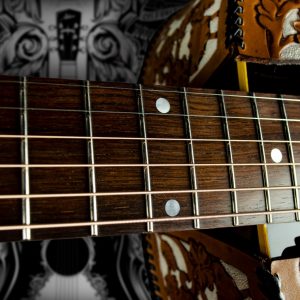 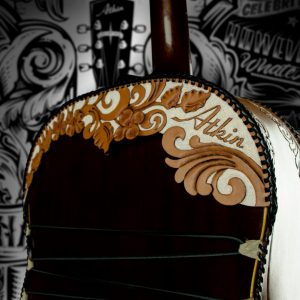 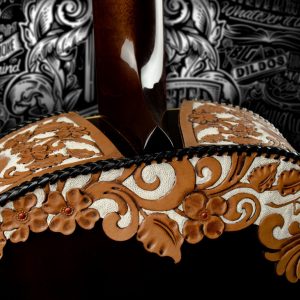 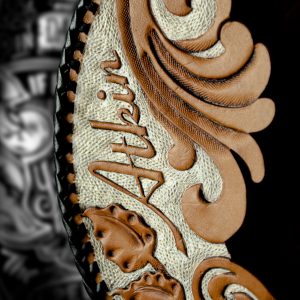 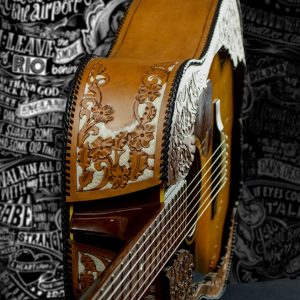 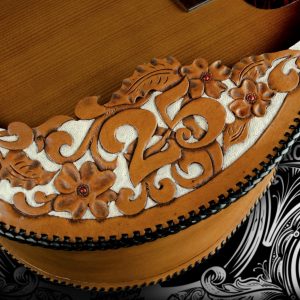 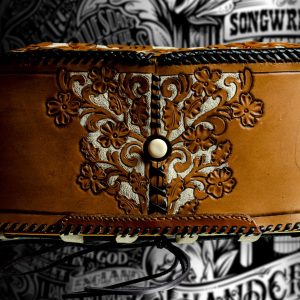 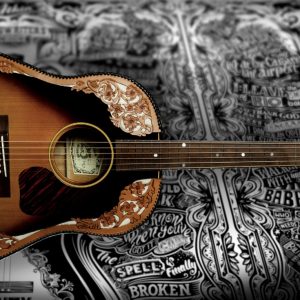 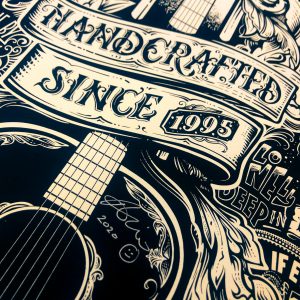 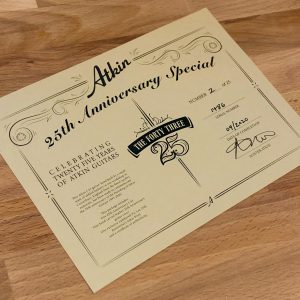